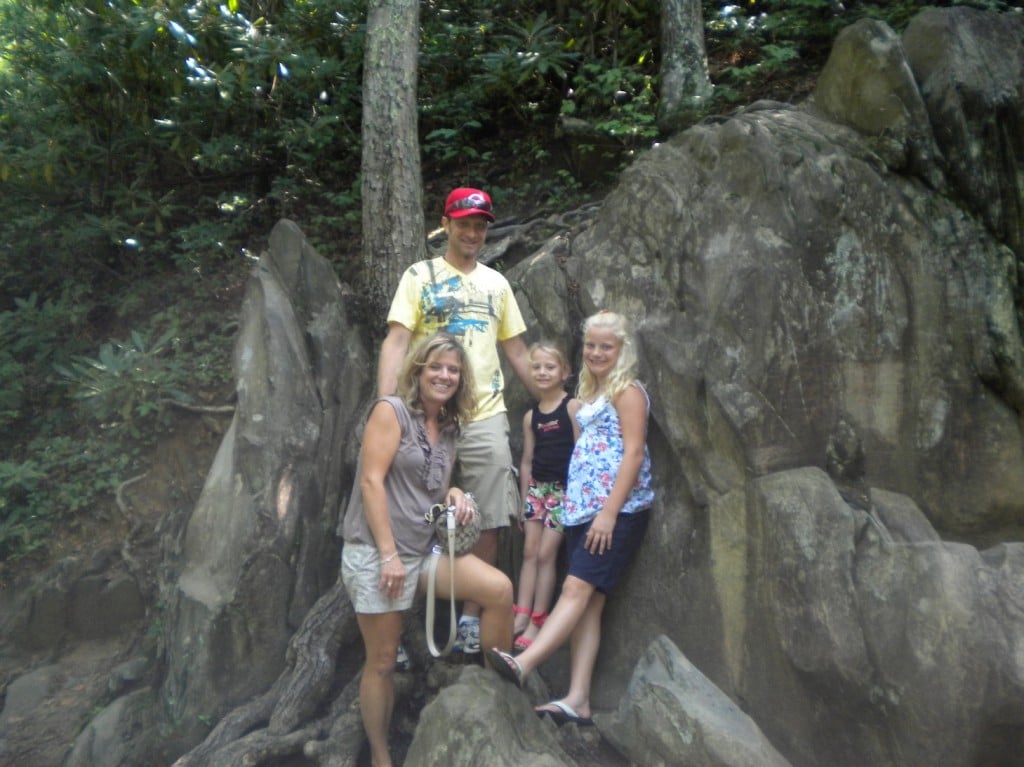 Our family loves the Great Smoky Mountain National Park. Each trip there is a new adventure. On this particular trip, the little divas wanted to do some hiking and of course, look for bears. We decided to take the hike up to see Laurel Falls. It gets its name from the mountain laurel, which is an evergreen shrub that blooms in late spring. Excitement filled us as we parked and headed over to the beginning of the trail. 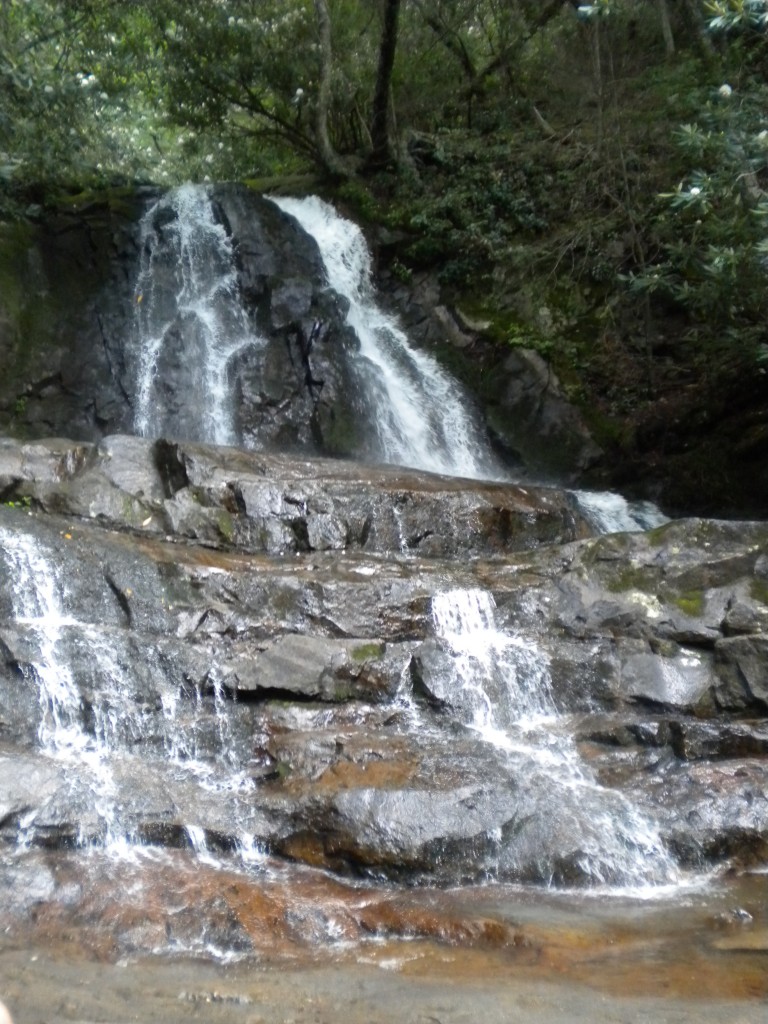 Off we went up the trail, gazing up with awe at the vast array of trees that provided a canopy over us. The path is paved but winds up the side of the mountain. For some reason, we had all dressed more for fashion that day rather than for comfort and hiking… after a bit Peanut decided her stylish high heeled sandals were not such a great idea! We took frequent breaks along the way for photos as well as to just do some exploring. The naturally eroded rocks and the fallen timber were intriguing, along with the millipedes and the animal tracks that we saw. The sounds of running water kept us moving forward. It was the perfect nature lesson for the little divas.

After some whining and lots of convincing that we were almost there, we finally arrived at the Falls. The beauty that surrounded us was breathtaking. It was nature at its finest. The water at the base was cold and refreshing. Of course, we had to put our feet in and check it out. It was a welcomed sensation to our toes, as summertime in our homestead of South Texas is nothing but hot! 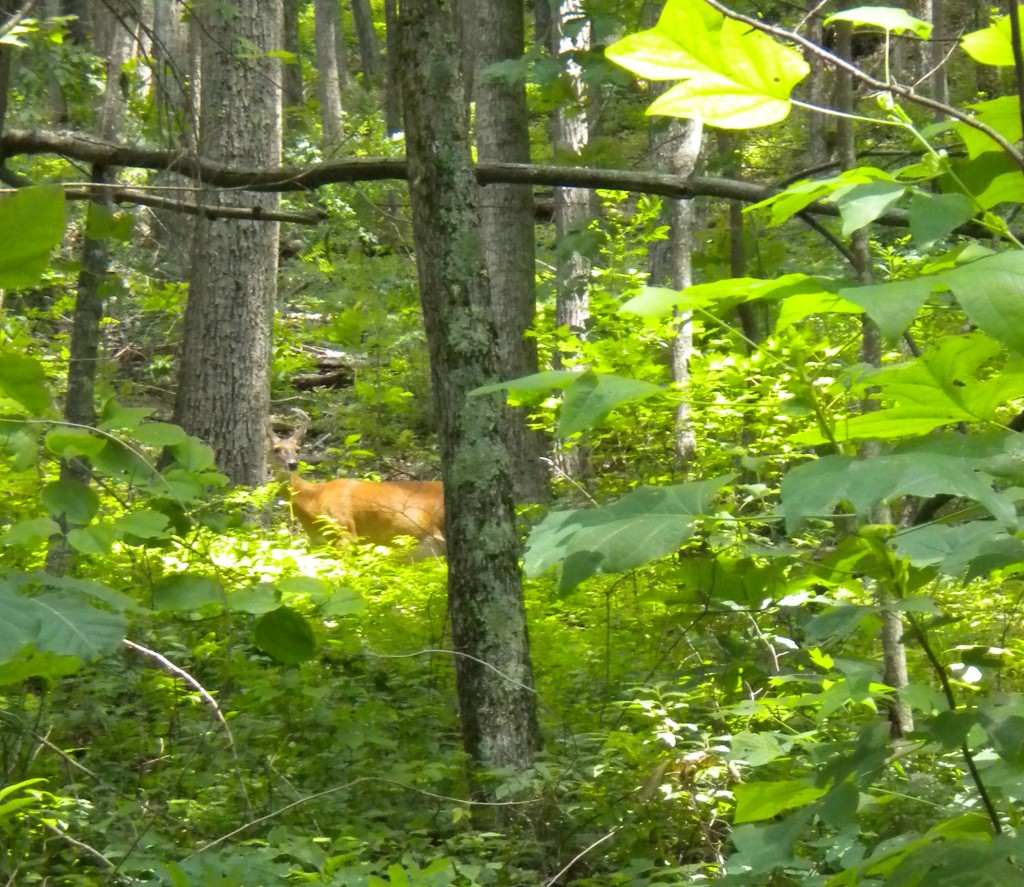 Once we finished gawking at the waterfall, we tried to proceed on further along the trail. However, the path was no longer paved and maneuvering over the rocks and the tree roots with little divas dressed in sandals became too challenging. So back down the trail we went where more fun awaited us. As we rounded a curve, we saw lots of people gathered and lots of cameras flashing. Up in the thicket of trees, a deer was grazing and wandering around. The noise of the crowd did not seem to scare it. We took out our camera also, to capture some pics. Peanut could have stood there for quite a while watching it…but Jellybean was ready to go. She said it felt like we had been hiking for 20 miles!

Even though we didn’t spot a bear, our trip over to Laurel Falls got the “It was a Good Day” seal from our family!