Did you know the City of Pigeon Forge has an official mascot? Meet Martha! 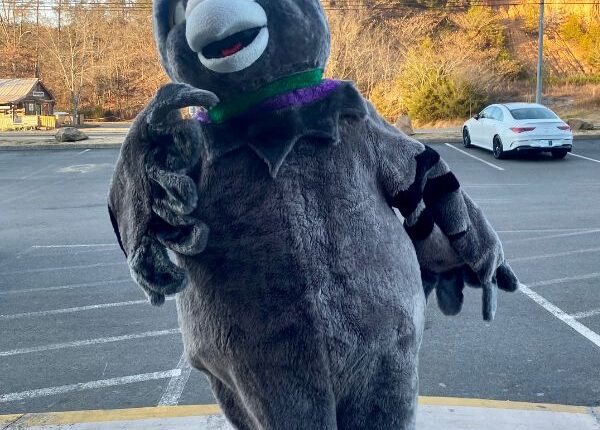 Martha, the mascot, serves as a tribute to both the rich history of Pigeon Forge and that of passenger pigeons. If you haven’t had the opportunity to see or meet Martha yet, you’re in for a treat! Martha has been spotted flapping her way along the Parkway in Pigeon Forge. Keep an eye out on our social channels for hints on when she might be out!

Martha is a fun and joyful passenger pigeon that grew up in the foothills of the Smoky Mountains. Though she left the nest at an early age, Martha was quickly embraced with the warm and welcoming Southern hospitality that Pigeon Forge is well known for.

Martha’s love of Pigeon Forge has helped her spread her wings and take her adventures to new heights. From trying her hand at axe throwing to racing through the mountains on alpine coasters, Martha loves exploring Pigeon Forge’s vast variety of attractions. With so much to do in the Center of Fun in the Smokies, there’s no telling when or where you may spot Martha next!

History of the Passenger Pigeons

Although passenger pigeons are no longer in existence today, they played a significant role in the city’s storied past. Let’s take a quick trip back to the late 1700s and early 1800s era in Pigeon Forge. The historic Old Mill, as it is now referred to, was just in its prime. The ‘forge’ that contributed to the city’s name was not even in the works yet. And passenger pigeons filled the skies and lined the trees of the river. This was the beginning of the Pigeon Forge that you know today.

The southeastern United States and predominantly, the mountains of East Tennessee, were a winter home for the migrating pigeons. The Cherokee Indians named both the Pigeon River that flows through Cocke County and the Little Pigeon River that flows through Sevier County after the passenger pigeons that roosted along the banks. Pigeon Forge was named after the passenger pigeons that would gather at the 1817 Isaac Love “forge,” which once stood next to where the Old Mill stands today.

The last living passenger pigeon was named Martha after George Washington’s wife. Martha, the passenger pigeon, lived at the Cincinnati Zoo her entire life. When Martha passed away in 1914, her body was sent to the Smithsonian Museum where she was preserved and put on display.

Martha, the mascot, was named in honor of this notable passenger pigeon. When you see her around, make sure to say hello and stop for a photo!

Top 10 Ways to Cool Off in Pigeon Forge this Summer