Pigeon Forge has a rich Smoky Mountain history, dating back to the 1700s. Learn a little about that history by driving to see each of the historical marker sites you’ll find throughout town. Read about some of the town’s first businesses, early schools, the town’s railroad and even some of the forts built in the area. 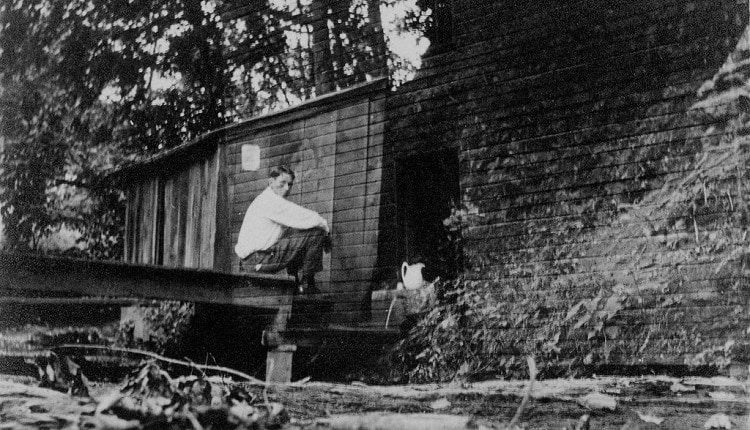 Henderson Springs Resort was a popular resort developed by the Henderson family around a local mineral spring. People would come from miles around to fill their buckets with this “special” water. A two-story hotel with ten rooms was constructed in 1878. In the picture above, Manager James Raser is shown sitting on the platform that leads to the icy spring and spring house in 1916.

How to Get to the Henderson Springs Resort Marker 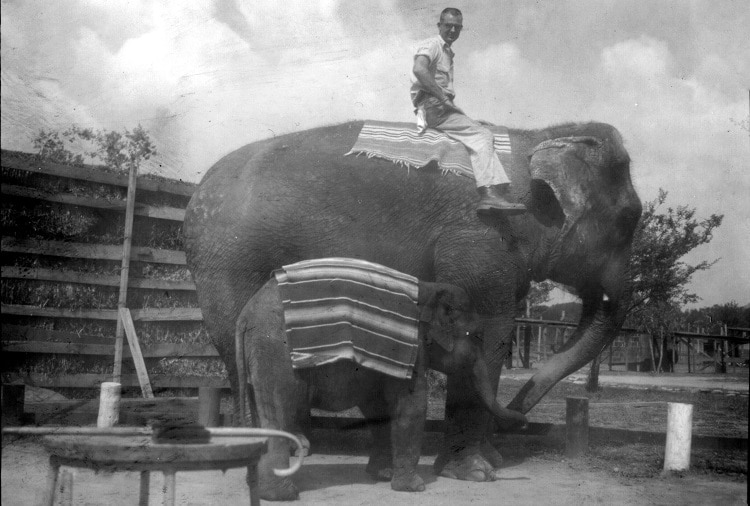 As Pigeon Forge began to focus more on tourism, the slogan “Action-Packed” was adopted. The Fort Weare Game Park operated from 1952 to 1964 at this site. Many other attractions also operated either at or near this same marker over the years. Shown in the picture above is Princess Meena, the larger elephant in the photo, who was one of over 300 animals that could be found in the game park. And sitting atop is James Householder, a former Pigeon Forge City Commissioner, who worked at the game park in his early years.

How to Get to the Fort Weare Marker 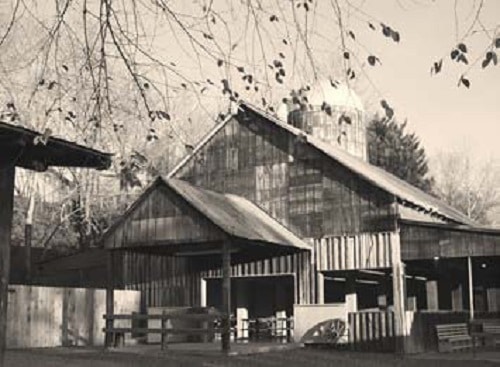 Dr. Broady, a Sevier County physician, began a dairy site in the 1940s with only one Jersey cow. After Dr. Broady purchased a cow from a family needing treatment for their child, others began paying for treatment with cows. By 1952, the dairy produced more milk than anywhere else in the southeast. The milk was served in his hospital and sold to milk plants and local residents.

How to Get to the Broady Dairy Marker 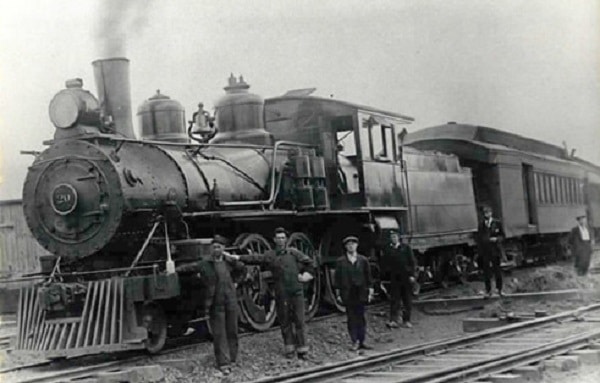 The Pigeon River Railroad was incorporated in 1916, extending the line of the Knoxville, Sevierville and Eastern Railway from west Sevierville to McCookville, just south of Pigeon Forge. Trains were used to transport logs and tan bark, which was used for tanning leather. The depot was located northwest of this marker, but when operations ceased in 1929, it was moved across the highway.

How to Get to the Pigeon River Railroad Marker

A new schoolhouse, built on a section of the old Gobble farm, opened in 1923. The schoolhouse was located within the business district which also housed the Old Mill, Dixie Canning Company, two stores, a blacksmith shop and a railroad station.

Pigeon Forge Elementary School/Pigeon Forge Canning Factory marker is located .2 miles from the Parkway on Old Mill Avenue. Turn east at traffic light number seven. The marker is placed at the east side of the walking trail in Patriot Park. 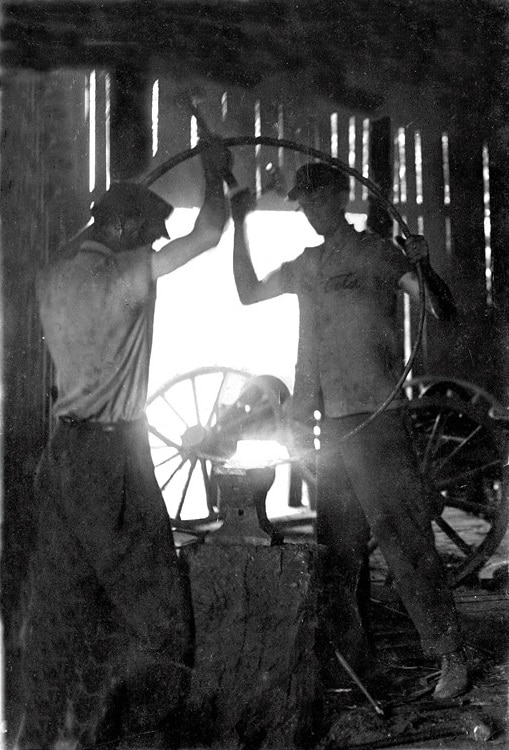 The ‘forge’ part of Pigeon Forge’s name came from the bloomary forge built by Isaac Love around 1817. The bright fires of the iron works could be seen from afar. The picture above shows the Roberts Brothers Blacksmith Shop in the early 1900s, where bar iron made in the earlier forge was turned into horseshoes, hinges and tools.

How to Get to the Pigeon Forge Iron Works Marker

Pigeon Forge Iron Works Marker is located .1 miles from the Parkway on Old Mill Avenue. Turn east at traffic light number seven. The marker is placed at the west side of the parking area in Patriot Park, just south of The Old Mill Restaurant.

Explore even more historical markers located in and around the Pigeon Forge area with this interactive map.

Explore more fun trip ideas to help you plan your next visit to Pigeon Forge and the Smoky Mountains.

Free and Budget Friendly Things to Do