Historical Cemeteries to Visit in the Smoky Mountains 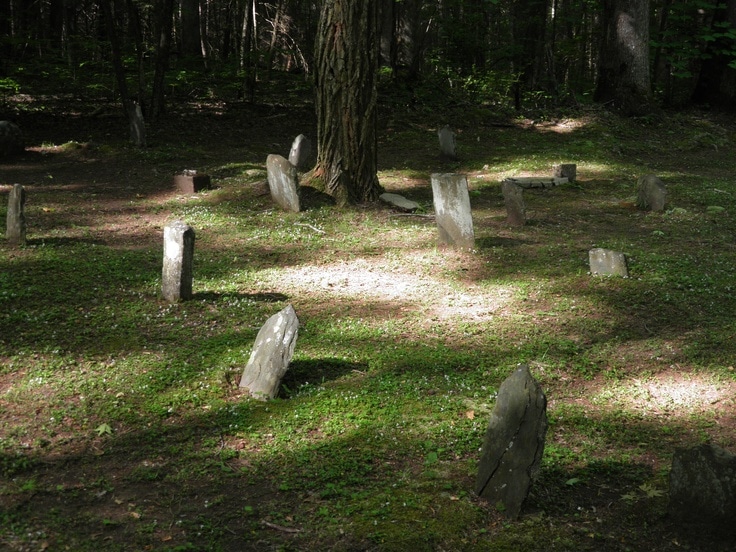 Visitors to the Smoky Mountains are constantly reminded that the Smokies were once a place where people actually lived. Some of these reminders include cabins, old homesteads, farmsteads and cemeteries.

There are over 150 documented cemeteries within the 500,000 acre boundary of Great Smoky Mountains National Park. Many of them are small and remote.

Barnes cemetery, for example, located near the Ramsey Cascades trail in Greenbrier has only three graves. The tombstones read that these graves belong to the daughters of John Barnes, whose homestead is near the small cemetery. All three Barnes daughters died during their childhood at the turn of the last century between the years of 1899 and 1922.

Stories like this are incredibly common in the park. Infant and adolescent mortality rates were very high in the Smokies during the 1700s, 1800s and early 1900s. It was also a popular practice for families to have small family cemeteries close to their homestead, as larger cemeteries were often considerably long distances away. Most tombstones found at these remote cemeteries are simple, small and flat rocks with hand-cut and chiseled with little or no epitaph.

The founder of Gregory’s Bald, Russell Gregory, is buried at the Primitive Baptist Church cemetery (a relatively large cemetery containing some 300 plots) in Cades Cove where he was laid to rest in 1864.  His tombstone reads “murdered by North Carolina rebels” due to his involvement in leading an ambush of confederate soldiers with his son, Charles Gregory. The irony in this comes from Russell Gregory’s ties to the Union during the Civil War and his son’s commitment to the Confederate Army.

The historical value that these cemeteries hold can give visitors an understanding of the harsh centuries that were endured. With cemeteries big and small hidden throughout the national park, the tombstones themselves give background and representation of who these people were. Some cemetery sites provide more questions than answers but are still hidden gems surrounded by the beauty of the Great Smoky Mountains. 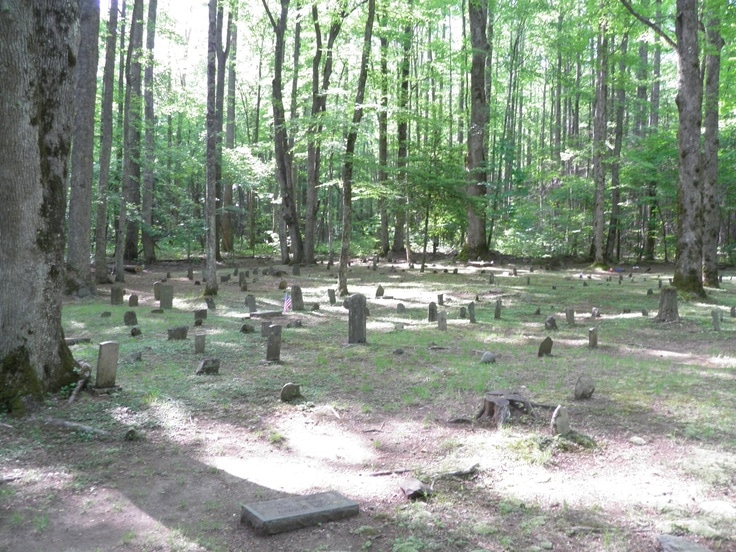 Most all known cemeteries are maintained by the Park Service. Each spring the cemeteries are cleaned before the decoration period in late May or June. Today, many families with ancestral roots in the Smokies still come for cemetery decoration and homecoming services.

Take time to see one of these historical markers the next time you visit the Smokies. Though beautiful and peaceful, they serve as reminders of how hard life was for many of the families that lived there from previous centuries.