Did you know that Great Smoky Mountains National Park is the “Salamander Capital of the World”? That’s right. There are more salamander species in the Smokies than almost anywhere else on earth.

Salamanders are commonly mistaken as lizards, but they’re actually more closely related to frogs. These amphibious creatures have scale-less skin that’s slippery and moist. Many of them are “lungless” and survive not by breathing in air through their mouth or nostrils but through small blood vessels in their skin.

There are over thirty species of salamanders in the Smokies and if you’re visiting you have a pretty good chance of coming across one. They’re often found in cool, damp places like creeks, streams and rivers. You might stumble across one under a rock or log along a hiking trail.

Salamanders are mainly carnivorous. Many of them use their jaws to capture small prey (insects, etc.). “Lungless” salamanders use their tongues to capture their prey similar to a frog.

If you would like to learn more about salamanders be sure and stop by Sugarlands Visitor Center near the northern entrance of the park. 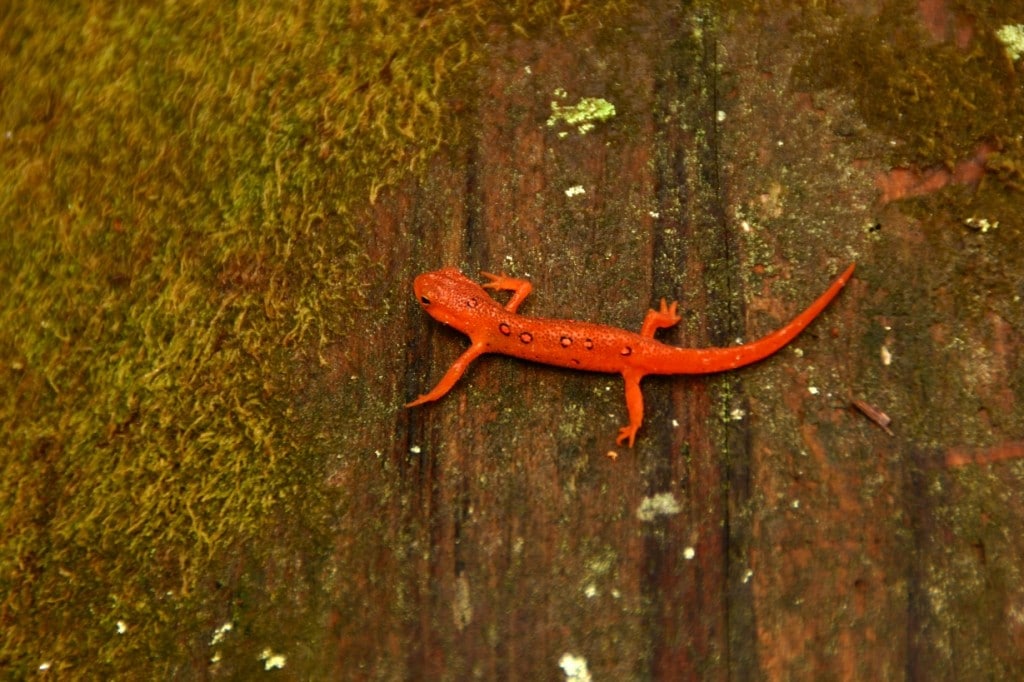 Fishing in the Smokies