The last Sunday of October is typically when the Creekside Gospel Music Convention kicks off with a concert to welcome early arriving guests. Groups begin to load in on Monday for the first daily showcase and that evening’s concert hosts the Life Achievement award that is presented. Listen to the sounds of Southern gospel, Christian country, Bluegrass gospel music and everything in between, from over 50 gospel music artists that are featured throughout the week. In addition to the music, Midnight Prayer and special preaching continue until Thursday night. 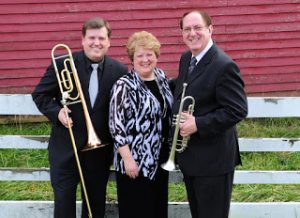 The Hyssongs return to Pigeon Forge this year. Their recent No. 1 songs include “Run the Race,” “I Tell Them Jesus” and “Let the Hallelujahs Ring.” 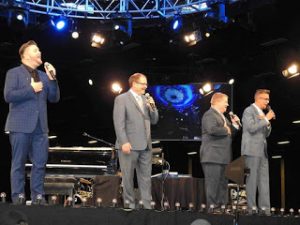 The Down East Boys will also be appearing at this years event after enjoying a successful release of “Beat-Up Bible,” from the album, “One Day In The Past.”